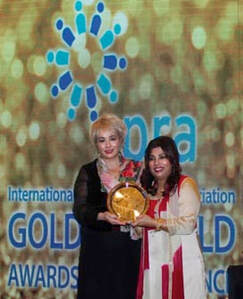 Neela, her husband and family came to the U.K. on an immigrant visa. Neela soon saw a gap in the market as the spices from her country were not available in the U.K. At first her husband refused to give her a small load, but she persisted and today Neela's Home is a multi-million-pound earning company.

JAL consulted with Neela and her company to develop skills in presentation skills. She won an award from then President, Neela received a ‘Best Business Woman Entrepreneur of the Year’ with an award presented by the former British Prime Minister, David Cameron, at the U.K.’s first British Bangladeshi Business Awards, 2015, and in 2017 she won an IPRA Golden World Award which was researched and submitted by JAL.